To say you don't love cowboys is like saying you're against everything ever named after the Wild West. What's not to love? Cowboys are rough, tough, smooth and naughty, at least in my books they are. I'm not sure what I like more, the sexy drawl or the way they like getting their hands dirty.

So, what are some things we relate to Cowboys...

1. Best Cowboy Name. There were so many great one, I couldn't name only one. Here are some great ones: Beau. Cole. Cheyenne. Flint. Duke. Tex. Wyatt.

3. Cowboy Sex Position. Yes, there was even a position named with a Cowboy in mind. "Woman on top."

4. Cowboy movies. Appaloosa. 3:10 to Yuma. Seraphim Falls. No Country For Old Men. Bandidas.   And again, the list goes on and on.

Conclusion: The cowboy is the embodiment of agility, strength, fearlessness and skill. They  not only carry a gun, but know how to use it. They were taught respect and to never shoot a man in the back. Most were blessed with virtue that can never be bought or learned through formal training.

I'd like you to meet my latest cowboy...Duke McGraw. 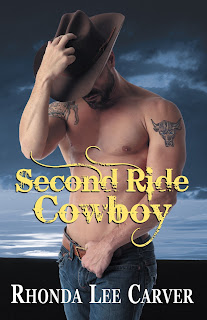 “If you don’t leave now, I won’t be held responsible for what happens!” Every muscle in his body tensed.
“What are you talking about?”
Logical reasoning gone, he grabbed her hips and dragged her against his body. “Don’t say I didn’t warn you,” he whispered as he dropped his mouth to hers. He pressed his lips against her, slipping his tongue inside her mouth and tasting her sweetness. Every nerve ending, every cell, charged alive. He was consumed with heat and need. If he didn’t gather himself, he’d lose control.
He started to pull away, but her arms looped around his neck and a moan escaped her, erasing any possibility that this would end without fulfillment. He’d suffer the consequences later, for now he wanted to fall into the madness and the unyielding connection that drew them together.
Her fingers dropped to his waist and undid the button. At the same time, he slid his hands down her slender body, to the hem of her shorts and smoothed his palms across her silken thighs. In one swift move, he lifted her until her legs were wrapped around his hips. He took two steps to the bed and lowered her, keeping their bodies entwined. He laid down on top of her.
He lifted his head and looked down into her bright eyes. “Tell me to stop, and I will.” His words came out on a long breath.
The tip of her tongue swept out and moistened her bottom lip. “Stop now and I shall burn and disintegrate,” she whispered.
Lifting himself up on his knees, he unfastened her shorts and removed them from her body, her pink panties followed. The air left his lungs in bittersweet yearning. “Damn, you’re so beautiful.” He ran his palm along the slight curve of her stomach and downward, running his fingers across the apex of her thighs. Vanilla entwined with the scent of sweet pussy enveloped his senses. His cock grew and he thought he’d burst.
She must have read his thoughts. She unzipped his jeans and pushed them off his hips, freeing his cock that stood full and erect. He helped by sliding them further down his legs and gave them a toss. Her fingers wrapped around him, pumping and milking, as her hips churned in invitation. Urgency washed over him. It’d been long, too long, and he searched for control. Managing his breathing and burying his face into her chest, he counted ten. When the tightness eased some, he buried his finger knuckle deep inside her silken opening. “You’re fucking hot.”
“I want you, Duke!”


“Are you taking something, baby?” he asked against her cheek. “Protection?”
Posted by Rhonda Lee Carver at 3:00 AM No comments:
Email ThisBlogThis!Share to TwitterShare to FacebookShare to Pinterest
Location: Ohio, USA
Newer Posts Older Posts Home
Subscribe to: Posts (Atom)