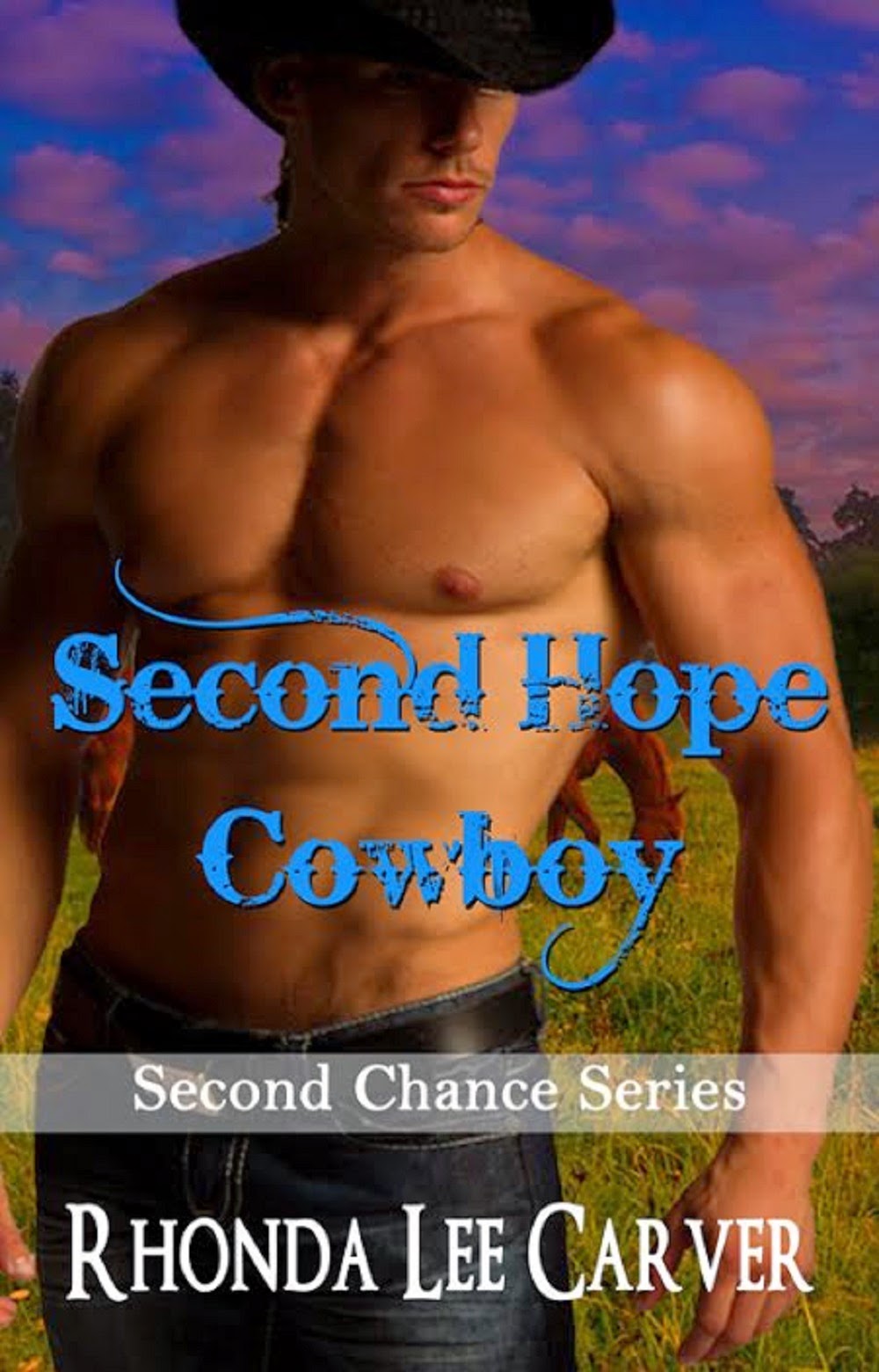 Who loves a cowboy? What makes a cowboy even better is when he has a heart of gold. Fall in love with one of my Second Chance Cowboys today!

Pushing aside his irritation, he examined the best route to the bottom of the hill. He realized there wasn’t one easy way down.
Taking the hillside sideways, his boots sank into the grass but held their own as he slowly made his way to the bottom.
Five feet.
Three feet.
And he was almost there without falling on his ass—Then it happened. His left boot slid, he flailed his arms to gain his balance, but then the other foot gave way and down he went onto his backside. His jaw clanked as he hit the dirt. “Shit!”


“Oops…now it looks like we both need a shower,” Hope said through laughter.


“I’m glad you find this funny.” He shook his head. He slowly came to a standing position, balancing his legs in the mud. “I think you just wanted to see me dirty.”


She was still laughing.“Want your hat back now?” she said.


“Well I did come all the way down here for it, didn’t I?”Keeping the hat above the mud, she pushed herself to her knees, moving upward like a baby taking its first steps.Tucker clamped his fingers around her elbow, helping her. When she was standing ankle deep in mud, he let go and she fell against his chest, her arms naturally came around his waist, holding on.


He looked down into her beautiful eyes. Tension spiraled through him, excitement traveling across his nerve endings, straight to the one part of him that had been hard since she came back into his breathing space. He couldn’t get wrapped up in her beauty or her seduction again. The woman he’d known and loved wouldn’t have walked away from their marriage. She especially wouldn’t have settled for some high maintenance doc.

She didn’t release her hold on him—and he didn’t move away. They stood there, staring at each other. He should move all right—straight back up the hill and far away from her.


But what happened next blurred the barrier between right and wrong. She palmed his cheek, sweeping her thumb along the line of his jaw. Her shoulders slumped and her bottom lip trembled.

“You shouldn’t look at me like that, sweetheart.” His throat ached with each word.


“Like how?” Her tongue came out and brushed across her bottom lip. The tip of his cock tingled and his balls tightened. The woman had power—he had to admit it.


“That’s not what I’m thinking.” One corner of her mouth slipped into mischief.


“Yeah? Maybe I’ve lost my ability to read you.”


“I’m thinking that I want to kiss you. Any argument?”


Damn, yes, lots, but he couldn’t find his voice.

She lifted higher and brought her lips to his. The kiss was warm and nice, but she’d made the move that unleashed all of his guard and resistance.Bringing his muddy hands up, he entwined his hands through her hair and tugged her against his chest.


“Come on, sweetheart. Is that all you got?”“I haven’t even started.” She wrapped her arms around his neck and their mouths met in a frenzied need—tongues battling, tasting, exploring.


He couldn’t get enough.Burying his hand under her shirt, he slipped his fingers under her bra and claimed one breast, rolling the puffy, thick nipple under his palm. She arched against him, her head dropped to the side and her hair spread like a satin waterfall.
He lifted his mouth, only slightly, so he could look down at her.


“Don’t stop, Tuck. Please.” Her breathless cry did him in.Pressing his mouth against hers again, he licked her insides as he quickly undid the belt buckle and zipper of his jeans.


He wanted to take things slow, but it wasn’t possible.


And by the way she grasped at his clothes, his chest, scraping her fingernails over exposed skin, she needed it to go real quick too.


But they couldn’t do anything in the mud.Lifting her into his arms, he carefully carried her a few feet away to a patch of grass in the sun. He set her on her feet, but she still clutched his shirt in her fists.


Moving his fingers to her waist, he realized she was trembling. He was shaking too. It’d been a long time since he’d felt like school boy on his first date.Her shorts were easily lowered, falling to her ankles, revealing a slip of red panties. His mouth salivated and his cock twitched, aching for freedom. He pushed his jeans and boxers down to mid-thigh. Her gaze dropped to his length and a sweet smile curved her shell pink lips. That was almost his undoing.No words of request were needed. She turned with her back to him, bending slightly, bringing her bottom high in a welcome to sample.


He wasted no time, wanting to steal the moment before it slipped through his fingers.Grasping his shaft with his clean hand, he swirled his head around her creamy slit, and in one thrust, he buried himself into her tight pussy. Entombing himself in her coiled muscle, she took all of him, but he stilled, needing a moment to adjust as her tight sheath wrapped around him.

When he was in control, he moved inside of her, pushing into her moist center, staring at the place where their bodies united and his dark skin slicked with her juices. He wanted to taste her…but that would come…he’d make sure of it.


“What was that?”Her question barely broke through his focus.“Tucker?” Her body went still and her breaths calmed, her shoulders lifted.


“Listen,” she whispered.He froze and his gut clenched. Did he hear the rattle of an engine in the distance? No one would come up the drive unless they were visiting him. He wasn’t expecting anyone…oh shit!
Want to own this cowboy?http://www.amazon.com/Second-Hope-Cowboy-Chance-Book-ebook/dp/B00OJ31NK0/ref=sr_1_11?s=digital-text&ie=UTF8&qid=1413462096&sr=1-11&keywords=rhonda+lee+carver

a Rafflecopter giveaway
Posted by Rhonda Lee Carver at 3:00 AM No comments:
Email ThisBlogThis!Share to TwitterShare to FacebookShare to Pinterest
Newer Posts Older Posts Home
Subscribe to: Posts (Atom)