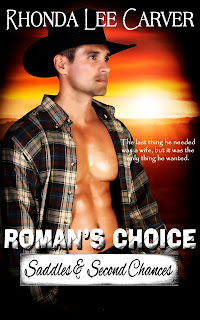 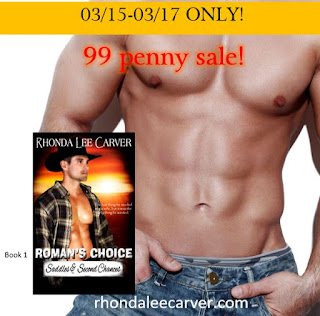 Five brothers. One ranch. Hold on...things are about to get rough and dirty.

Roman Jericho, and his brothers, are known in Texas for their striking good looks and skill as ranchers--among other things that keep the ladies hot on their tails. The last thing Roman wants, or needs, is another marriage that ends with an empty bank account and bed so he steers clear.

Relationship Guru, Pippa Wilder, is at the top of her career. Two bestselling, self-help books and speaking engagements all over the country, she offers advice that saves marriages. But if only her fans knew how upside down her own love life is. Relationship after relationship fizzled. When she sees tall, strapping, and handsome stroll into the lobby at the Vegas casino, she drops all logic into the slot, pulls the lever and watches her life spin in front of her. She's lost in smoky blue eyes and callused hands--and that husky Texas twang.

After falling in lust, they do something real crazy. They find themselves drunk on hormones, standing before an Elvis impersonator getting hitched. When all hell breaks loose in the media, to save her career Pippa must save her marriage.

Roman has always been the 'go-with-the-flow' type so when his 'wife' shows up on his ranch needing his help he's more than willing to oblige--especially if it means they'll be husband and wife in every way. He's got it bad for the petite, spitfire and can't seem to get enough.

Finding themselves smack-dab in the spotlight and on the cover of trash magazines, Roman isn't sure he's cut out to be in the public eye--he wants his wife, but he refuses to be called Mr. Pippa Wilder. Roman realizes it's time to make a choice...or take the lead. This could be fun, or very messy.


PIPPA WILDER LOOKED up from her mini laptop and blinked away the fuzziness as she focused on the cowboy strolling across the lobby of the Vegas casino. Pushing her glasses up her nose, she dipped her gaze over black Stetson and a crisp white button-down shirt that stretched for miles over wide shoulders, to his tight buns that were God’s gift to denim. Now this is a man who can wear a pair of Wranglers. She’d never quite seen a man so tall…so built. Back in Chicago, the views were of a sea of business suits, slicked back hair styles, and manicured hands, so seeing a cowboy was a breath of fresh air. Her gaze naturally fell to his hands. He reached into his back pocket, pulled out his billfold and dipped his long fingers in to grab some cash. Big hands. Thick fingers. Mmm…
Her inner thighs quivered, making her smile. She couldn’t remember the last time she’d gotten turned on with a mere glance at a man. In her defense, this wasn’t just any man. With each step he took, each movement, he commanded attention. He exuded confidence, ability, and power. A man with that much assurance would know how to please a woman, which brought her attention to the large, shiny belt buckle at his waist. She wasn’t close enough to make out the design. She’d have to get very close…
Bringing her gaze upward, she met the most amazing blue stare. Dang! He was looking right at her. A heart-dropping grin tilted his lips, and her cheeks were on fire. He’d caught her staring…at his—oh no! And he was humored.
Lowering her eyes, she kept them glued to the screen, refusing to see where the cowboy had wandered to. She wasn’t in Vegas to sample the local dessert, although she was curious about the flavor. The urge to look was greater than the need to breathe. Reaching for her Mojito, she sipped through the straw while subtly scanning the tables. Disappointment slithered through her. He was gone. It was for the best anyway. Placing her drink back down, she wiped the condensation from her fingers onto her skirt and concentrated on answering the emails in her inbox.
Today’s speech had gone well, at least she hoped. Three-hundred people had attended the workshop, How to Have the Dream Marriage. After the class, she then signed hundreds of copies of her self-help books.
She read the number of new emails and nibbled her bottom lip. Two-hundred-seventy. Her manager had suggested that she hire a personal assistant to handle correspondence with fans, but Pippa refused. If people took the time to write to her, then they deserved a personal note in return. Usually, speaking at conferences meant she would be bombarded with questions afterward. Some wanting help in their marriage, or asking about her personal life. Others just wanted to connect.
Clicking on an email, she read…

“How are you a relationship guru? You’ve never been married. Never had a serious relationship. Do you have any idea how hard it is to make a relationship work? No, you wouldn’t. So take your ideas, self-help theories, and shriveling ovaries and jump off a cliff.”

She skipped responding. Obviously, any answer she’d give would only fuel more anger. With a click, another box opened.

“I know what you need, baby. Have you ever had a southern-fried piece of meat? I’m looking for a little lady to be the queen of my double-wide. And because I think you’re one purty little thing, I’m sending you a complimentary picture. Hope you have a place to go to dry up those parts that need a man.” 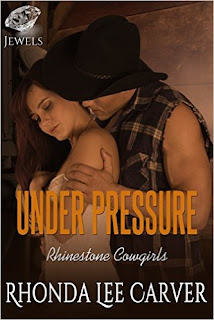 The oldest of three sisters, Jewels Stone takes care of everyone, especially those she loves. When she finds out the youngest Stone is duped, she plans to rope and wrangle the cowboy to teach him a lesson on how to treat a woman. Tied to a bedpost and as mad as a hornet, Spark Ryder wants to toss Jewels over his knee and spank her. Problem is, he’d enjoy it too much. Held hostage by rope and wax strips, he tries to convince her that she has the wrong cowboy. But how can he convince her that he’s innocent when she’s out to settle a score against all men?While seeking revenge, Jewels finds a passion that’ll have her hanging by a dream. The pressure is too much and loose threads holding the past begin to unravel. Her brain urges her to run while her heart wishes to stay.Spark wants nothing but distance with Jewels, but when things start to heat up on the Rhinestone Ranch, he samples Jewels’ treasure and finds himself on the wrong end of the rope again—but it’s his soul that’s bound to a woman who will never trust. He wants to stitch her broken heart, but will he walk before his own heart is in need of mending?
Posted by Rhonda Lee Carver at 8:08 AM No comments:
Email ThisBlogThis!Share to TwitterShare to FacebookShare to Pinterest 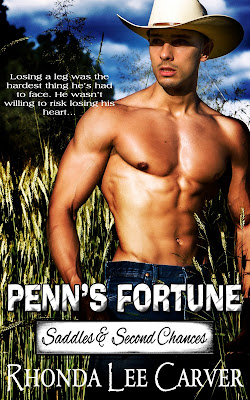 
She laughed. “Whatever. I’m not here for your signature. That’s of no importance to me.”