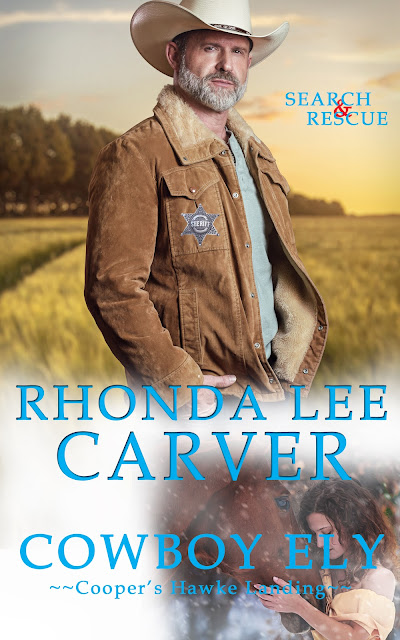 In anticipation of my new release coming 3/22/22, I sat down with Cover Model Kevin R Davis to ask him a few questions. I truly admire his life story and how far he's come. Not only is he an amazing model, but he's kind and passionate about his work. Check out the amazing cover below...

1. How did you get into modeling for book cover?
Golden Czermak of FuriousFotog hit me up on Facebook and asked if I would like to do a photo shoot. I was a bit insecure about doing it, after seeing what all the other models looked like, but I didn’t want to not take the opportunity that I had been given. I’m so happy that I followed through with it.
2. What do you think is your greatest strength as a model?
I think my greatest strength has been that I take it as a serious business. I have worked on my brand and try to work hard at maintaining the standards that I’ve set for my brand. I also work hard to promote the people that I work with and the books that I’m on.
3. Tell me something I wouldn’t know about you just by looking at you.
Well, I may look like a model now, and have things going really well for me, but just 4 years ago, I was a long-term meth addict, homeless and not even sure if I had any future at all. My 4-year clean date is April 16th, and I share my story in hopes that I can inspire others who are where I was.
4. What goals have you set for yourself as a model?
I’ve actually accomplished so many of the goals that I’ve set so far. My goal is to just continue to try to get better and to diversify my portfolio further. I would like to venture into some fashion modeling, as well.
5. Tell me about your best, worst, most difficult, or funniest photo shoot.
I would have to say that my most difficult shoot, was my shoot with Chris Butler in Dallas. It being difficult had nothing to do with Chris.
When I flew into Dallas, we were going to immediately go shoot outside. It was June in Dallas, so we needed to shoot before it got too hot.
Well, the airline put my luggage on another plane, and I had to wait another 3 hours to get my luggage.
By the time we got to where we were shooting, it was so hot. On top of that, the place that his models normally changed clothes, happened to be closed that day.
I was changing clothes, out of my suitcase, in his car, parked on the street.
I’m not shy, but I was concerned about indecent exposure, if the police came by.
I was so drenched in sweat and my clothes were sticking to me. I was pretty stressed that I was going to look a mess.
Luckily, we did get some great photos, on that shoot.
6. Did you choose modeling or did it choose you?
Well, it chose me, but I wanted to model when I was younger. It didn’t work out for me then, but hey, I will take it 30 years later.

Parker Kincade: Rescued and a Visit Back to the Ranch

Rescued: A Collection of Contemporary Romances with Heart, Heat, and Dog Treats is a project near and dear to my heart. My husband and I currently have our fourth rescue—a handsome Boxer dog named Bronxx (#BronxxTheBoxer, seen here begging for some of my brunch last weekend). 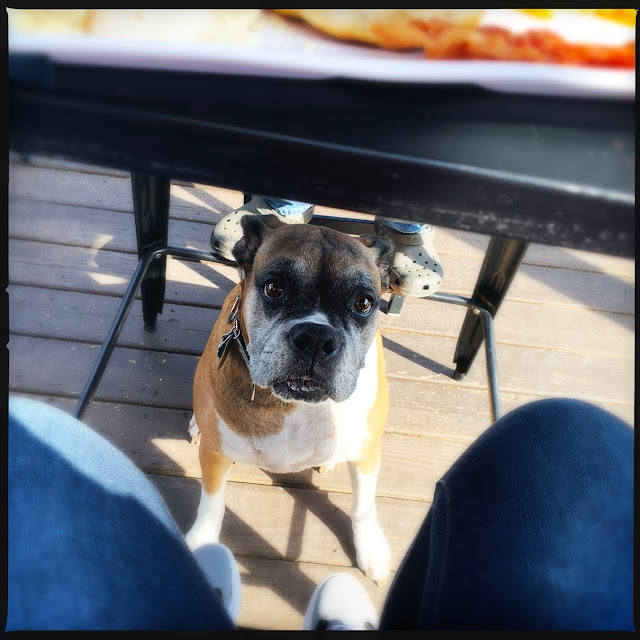 Our lives have been forever changed for the better by each boxer we’ve had (along with one of the vainest, sassiest Husky’s to ever live), and I don’t even want to imagine what life would be like without a dog. Naturally, when I was invited to contribute to the Rescued anthology, I knew my dog would be a boxer. I also knew I didn’t want to write a stand-alone story. My mind immediately went to my Shadow Maverick Ranch series. Technically, this series was complete. I had planned for three books, and the third one came out seven years ago.Then,  I got to thinking. It’s been long enough for the youngest Mathis twins to have aged enough to have stories…so…back to the ranch we go!

Rescued Cowboy -- A spirited foster dog is determined to make his lovable animal rescuer and a transient cowboy into his new permanent family. (Featuring Jayden Mathis)

For preorders and for the first couple of weeks, Rescued: A Collection of Contemporary Romances with Heart, Heat, and Dog Treats is ONLY $0.99 (Price will go up to $3.99 on June 1).

We are giving away so many great prizes for this release on May 17, 2022. Click the link below for details on how to enter to win our Rafflecopter giveaway. You can enter every day!

Proceeds from this anthology will be donated to Alaque Animal Rescue.

Our Bronxx is kind of a butt-head when it comes to other dogs, so he’s an only child (which I think is by design…more love for him. HAHA). Do you have pets? Let’s chat! Leave your comments below. I can’t wait to hear from you.

A big thank you to Rhonda for hosting me today! You’re the best, sweetness!

For more information about me and/or the Shadow Maverick Ranch, here’s my links: 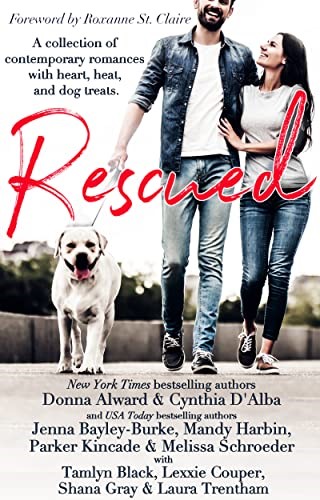 Posted by Rhonda Lee Carver at 12:00 AM No comments:
Email ThisBlogThis!Share to TwitterShare to FacebookShare to Pinterest
Newer Posts Older Posts Home
Subscribe to: Posts (Atom)