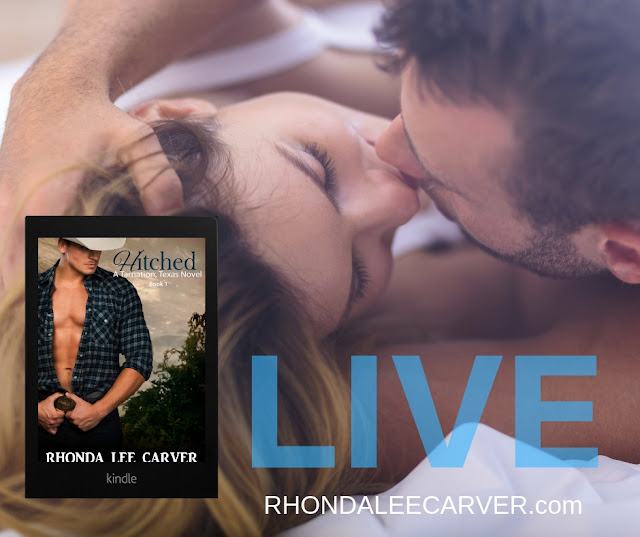 Love blossoms in the unlikeliest places…Tarnation, Texas.Buzz Colt was a liar, cheat, and a scrooge but the one thing he did right was father five sons. Growing up without a father, Baxter Colt learned how to be a man on his own. He’d written Buzz out of his life until he passed and left a few surprises and secrets—and hoops to jump through.Fury wasn’t a strong enough word to describe Baxter’s feelings when he heard the stipulations of his father’s will. Five brothers who are strangers are given the choice to live together for six months and work the Grinning Spurs Ranch or give up everything they’ve worked for—including their homesteads.However, that’s only the beginning. All five must be married before time is up.Since her mother was diagnosed with early onset Parkinson’s Disease, Abriella Craig was responsible for the family bakery and her little brother. Financially she was strapped and emotionally and physically she was alone, but when a brooding, handsome stranger strolls into town he might be the answer to her prayers.Abriella is as sweet as the cupcakes she creates and would make the perfect wife, but as secrets start to unfold Baxter realizes he wants more than a marriage of convenience. But is he too much like his father to ever find love? The Colt brothers will each take a journey in finding love, brotherhood and forgiveness in the small town of Tarnation, Texas where love blooms in the unlikeliest places. 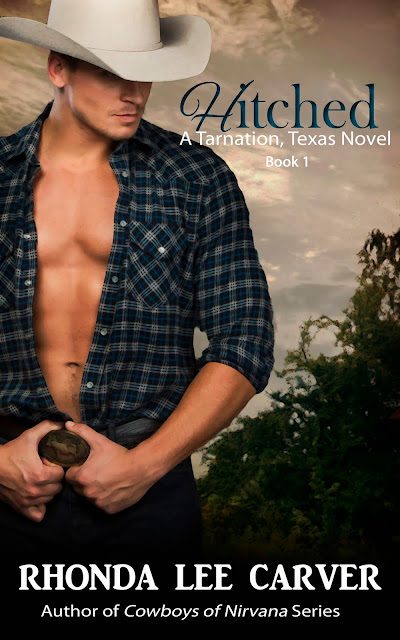 EXCERPT
Tapping away at the keyboard, she brought her chin up just in time to see a flash of a white hat and blue eyes before she slammed into a rock-solid body that smelled like leather and sunshine. Her phone shot out of her hand, flying through the air as she squealed in protest. She awkwardly tried to catch it, but it bounced off her fingers then landed in the street.
“Oh no!” She scrambled off the sidewalk to snatch up her phone when she heard a loud honk about the same time she felt a strong arm circle her waist to drag her back against a broad chest. The car continued to beep as it passed, crunching her phone under the tires. Abriella couldn’t believe her eyes. “Oh no, no, noooo!” She slumped her shoulders, staring at the broken phone.
“You should watch where you’re going, lady,” a rich, husky voice with a prominent Texas drawl said next to her ear.
She’d almost forgotten the strong arm that still held her.
Pivoting on the heels of her sneakers, she met the gaze of the tall, broad shouldered cowboy with clear blue eyes that were upon her in irritation.  He was irritated? “Excuse me?”
“Your nose was in your phone and because of that, it’s now trashed. Not to mention you almost got yourself killed trying to save it.”
Trying her best not to focus on his nice lips or that firm jaw covered in a layer of dusky whiskers, she gritted her teeth against the wave of awareness in her body. “Maybe you should try and watch where you’re going, buddy! The sidewalk is plenty big enough for the both of us unless you count that ego of yours. Why were you walking on my side? You destroyed my phone!”
He chuckled. “Lady—”
“My name isn’t lady!” she snapped.
“Fine. What should I call you?” He pushed back the rim of his white Stetson, showing off the fringe of dark, silver-peppered hair around his ears. Her gaze naturally fell to his neck and the unusual looking fleshy mark.
He cleared his throat and she lifted her eyes.
Did she really want to tell him her name? Probably not. “I assume you’re one of the Colt men, aren’t you?”
Some of the creases on his forehead disappeared and he shook his head. “News travels fast here in this three-stoplight town,” he said with notable agitation.
“Actually, there are five lights.” She tilted one hip and turned her attention back to her smashed phone. Now what would she do? “You owe me a phone, Mr. Colt!” She crossed her arms over her chest and held her chin high.
“I owe you a phone?” His gaze dropped to her bakery shirt, then came back up. “Bluebonnet, I’m afraid you’re sadly mistaken.” He settled his hat lower on his forehead, shading those amazing eyes. “My advice is to invest in a smash resistant cell if you plan on keeping your nose buried in it.”
“I didn’t ask for your advice. I asked for reimbursement of my phone that you demolished. Where was your head buried, Mr. Colt?”
“It’s just a phone, ma’am. Not the end of the world. You should be thanking me that I saved your ass,” he smirked.
Anger swarmed its way through her veins and slammed into her toes. She’d tolerated a lot from Buzz Colt over the years, and she refused to deal with one of his arrogant sons who had just arrived in town and was already acting like he owned Tarnation! He might very well take over the building she rented, but she couldn’t hold her tongue—not for another second! It was as if all the pent-up anger she had toward Buzz flowed like water. “Listen, Mr. Arrogance,” She emphasized his name with a harsh tone she barely ever used. “Apparently you don’t understand what manners are. I’ll be on the party wagon when you and your kin leave town and head back to the cave where you came from.” First, she was almost run over by a Colt and now this…
“Whoo-wee.” He whistled through his teeth. “Someone woke up on the wrong side of the bed this morning.” He smiled wide enough to show off deep dimples and it made her tremble.
She slammed her fists to her hips, looking up at him—way up—and seething. “How dare you mock me! You definitely are your father’s son.”
That smile he’d been blaring disappeared and the corners of his lips dipped into his whiskers. Obviously, he had buttons and she’d pushed a few of them with her accusation. Guilt swarmed her, but why should she feel anything but justification?
“Excuse me, ma’am. I’ve got better things to do today than cater to an uptight fireball.” He dipped his hat and stepped passed her.
Abriella turned to watch him, gliding her gaze down his broad back covered in plaid to his slender waist and Wranglers, and then she saw it…
Her throat tightened.
“Is that your truck by chance?” She stabbed a finger through the air, pointing at the red four-by-four with large tires and, in the window, a decal of a cowboy silhouette with the words, “Cowboys are irresistible trouble.” She huffed and rolled her eyes. “Yes, that has to be yours.”
“Now you’re going to complain about my ride too?” That frown deepened.
Posted by Rhonda Lee Carver at 8:18 AM 1 comment:
Email ThisBlogThis!Share to TwitterShare to FacebookShare to Pinterest
Newer Posts Older Posts Home
Subscribe to: Posts (Atom)